julho 17, 2011
The 2011 Evangelical Lutheran Church in Canada National Convention:
ADOPTED:
The Social Statement on Human Sexuality, 213 - 134, 61%, a wide-ranging document discussing all aspects of sexuality in the context of Canadian society. Go to www.elcic.ca to read the document

We encourage ELCIC members, congregations, synods and churches who share our commitment to the Scriptures, creeds and confessions and who disagree with one another over issues of morals, polity (including standards for ordination or consecration) and/or liturgy to remain in dialogue and unity with one another and maintain unity in the gospel and the sacraments as St. Paul recommends in I Corinthians 1:10-17. We encourage all Lutherans to work for and nurture the unity of the confessional witness to the Gospels which is essential to the Lutheran tradition. We ask those persons, congregations, synods and/or churches who are in disagreement to refrain from actions that will divide the body of Christ.

PASSED, 192 - 132, 59%, the following motion on blessing/the conduct of marriage ceremonies for committed same-gender relationships by clergy of the ELCIC:
It is the policy of the Evangelical Lutheran Church in Canada that rostered ministers may, according to the dictates of their consciences as informed by the Gospels, the Scriptures, the ecumenical creeds and the confessions of the Evangelical Lutheran Church, preside at or bless legal marriages according to the laws of the province within which they serve. All rostered ministers in the Evangelical Lutheran Church in Canada are encouraged to exercise due diligence in preparing couples for marriage. All rostered ministers serving congregations are encouraged at all times to conduct their ministry in consultation with the lay leaders in the congregation and with sensitivity to the culture within which the congregation serves.

PASSED, 205 - 114, 64%, the following motion on ordination/consecration of ministers onto the roster of the ELCIC:
It is the policy of the Evangelical Lutheran Church in Canada that sexual orientation is not in itself a factor which disqualifies a candidate for rostered ministry or a rostered minister seeking a call. Candidates and rostered ministers are in all cases expected to adhere to the qualifications and standards as set out in the constitution and bylaws of the Evangelical Lutheran Church in Canada and of the synod within which they serve. Synods and congregations are expected to evaluate candidates for ordination or consecration and rostered ministers for call in accordance with a conscience informed by the Gospels, the Scriptures and the Lutheran Confessions.

End of motions pertaining to the Social Statement and matters arising from it.

This is an amazing, wondrous, spirit-filled result, recognizing that LGBT people are and always have been part of the magnificent diversity of God's creation, children of God, heirs to the kingdom of heaven, Lutherans, living parts of the body of Christ, equally called to the priesthood of the people, some called by God to serve in the ministry, all free to live with the one they love in committed, lifelong, monogamous, faithful relationships blessed by the church, supported as are all others in their chosen community of faith, spreading the good news of the redemptive grace of God's love through the death and resurrection of Jesus Christ.

But, lest you think that this was the only subject raised or that we are interested in, this National Convention did a prodigious amount of work on restructuring the church, right relationships with indigenous peoples, education, budget and finance, constitution and bylaw repair, and outreach. The ELCIC website will contain much information regarding the work of the convention, and is commended to you. 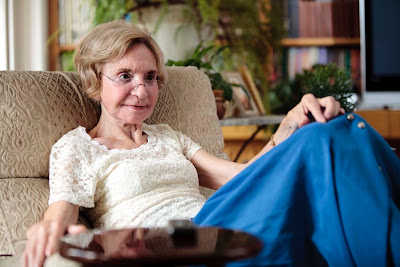 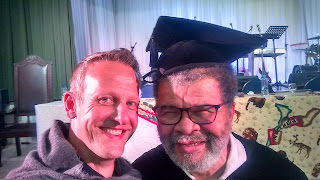